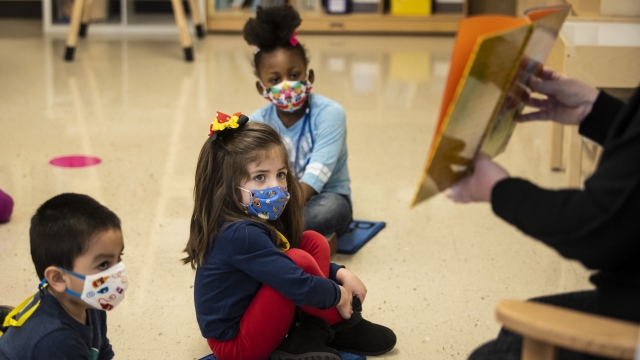 House Democrats plan to move on the president's $1.9 trillion relief plan with or without Republican support.

President Biden is urging lawmakers to balance the impeachment trial and other business.

In the House, Democrats plan to move on the president's $1.9 trillion relief plan with or without Republican support.

Part of it addresses funding for schools.

The White House wants most K-8 schools reopen within its first 100 days and $130 billion  to make that happen.

The original plan also calls for $40 billion for public colleges and universities.

House Democrats say private colleges should be eligible, too.

Republicans say schools have already received billions in aid and cited CDC data that shows precautions can greatly reduce the spread of the virus in schools.