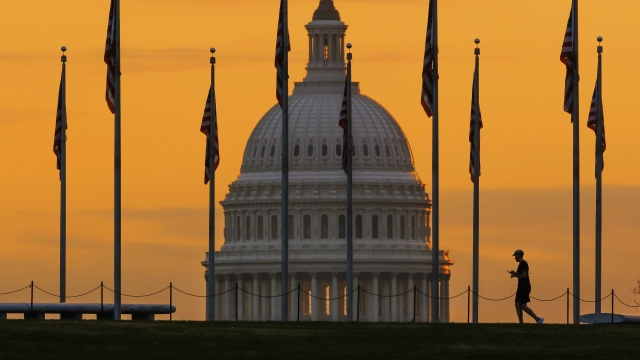 The DNC is considering booting the Iowa caucuses from the prized spot atop the nomination calendar for the presidential primary in 2024.

Democrats are thinking about shaking up their presidential primary schedule.

"The presidential calendar will pretty much set the tone of the whole campaign," said Judith Whitmer, chair of the Nevada Democratic Party.

The DNC is considering booting the Iowa caucuses from the prized spot atop the nomination calendar. Sixteen states and Puerto Rico are vying for one of the first spots, and the DNC's rules committee is considering a state's diversity, competitiveness and media advertising costs in the decision.

Nevada party leaders are hoping they can jump from third to first.

"We meet all that criteria. And especially when it comes to diversity. We're a very richly diverse state. We're a majority minority state, and I don't think that anyone else can stack up that's competing for first in the nation," said Whitmer.

There's an elite status that comes with being first. A wide field of free-spending presidential candidates and media outlets flock to the first voting state and the issues important to that state influence what the candidates talk about.

But a New Hampshire law could force Democrats to let the small state keep its first-in-the-nation primary status.

Democrats And Republicans Still Battling Over Control Of Congress

As the final races play out, Americans are taking stock of the results we have so far and what it could mean for the future and democracy.

"Our secretary of state, who's our chief elections official, he doesn't have a choice except to put New Hampshire at least seven days ahead of a similar event," said Dante Scala, a professor of political science at the University of New Hampshire.

While the Granite State isn't especially diverse, there are other benefits it offers presidential hopefuls.

"We really don't have much in the way of powerful party machinery or party bosses. We don't have unions that have a lot of influence over their members in terms of how they vote. So New Hampshire is a small, level, relatively inexpensive, playing field for candidates," said Scala.

Political parties have a lot of power in determining the primary schedule, but ultimately states run those elections. A state could choose to diverge from the schedule the DNC approves, but the party could establish consequences for that, like stripping that state of its delegates at the national convention.

"We're all on the same page as far as making sure that the presidential calendar reflects the country and reflects what the people want,” said Whitmer.

The Republican National Committee is not changing its primary schedule, so if the DNC decides to change up the order, some states could see Democrats and Republicans voting on different days in 2024.