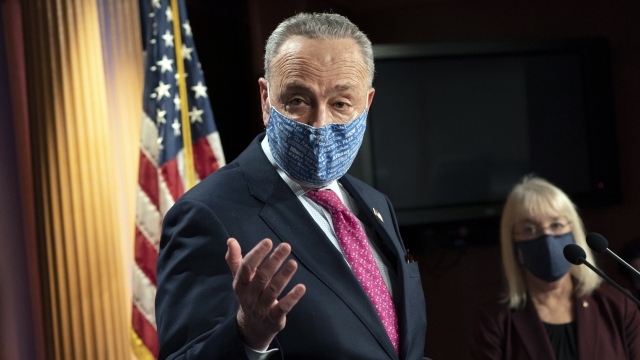 After the first full week of Joe Biden’s presidency, the prospect of bipartisanship on the White House’s first major piece of legislation might already have dimmed.

“There's no ability in a democracy for things to function without the ability to reach consensus,” President Biden declared in a speech on Monday.

But the $1.9 trillion COVID relief package the president hoped would enjoy bipartisan support is looking more and more one-sided.

“[On] what we don't agree, bipartisan, than Sen. Schumer, and the leadership and the Democrat caucus has other means to move things along,” explained Sen. Joe Manchin, a Democrat from West Virginia.

A growing chorus of Democratic senators are beginning to look past their Republican colleagues as negotiations between the White House and Senate Republicans reportedly begin to falter.

In a particularly telling moment on Wednesday, Republican Sen. Lisa Murkowski of Alaska, a moderate, told a reporter “it would help” if President Biden reached out to her directly.

Of concern to Republicans: the relief bill’s $1,400 one-time direct checks to most Americans, provisions that would change the minimum wage to $15 per hour nationwide, and the bill’s price tag.

“You’ve got the keys to the car now,” said Murkowski, referring to Democrats’ control of the executive and legislative branches. “Let's get it done. You don't have to get it all done in one package,” she continued.

The top tool on the table to pass the bill without Republicans is a process called budget reconciliation, which would allow the bill to pass with the support of simple majority of Senate Democrats.

But under current reconciliation rules, passage of the actual bill with Democrat support alone could take weeks.