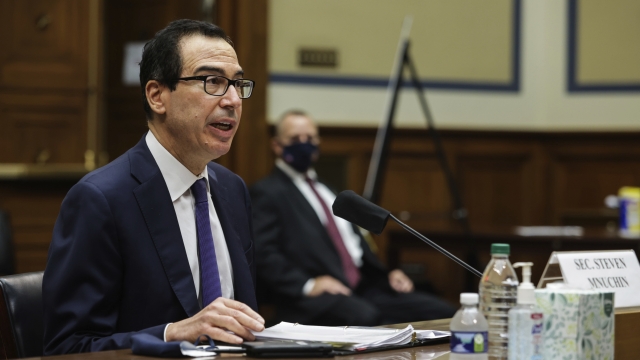 In Tuesday's hearing, Democrats at times attempted to negotiate with Treasury Steven Mnuchin after the latest round of relief talks with Dems failed.

Secretary of the Treasury Steven Mnuchin testified Tuesday before a House panel on the coronavirus crisis where Democrats and Republicans both signaled support for another coronavirus relief bill, and the third-ranking Democrat in the House, Rep. James Clyburn of South Carolina, said he believes another bill is needed to avoid economic disaster.

"The most important step we can take to fix the economy in the long term is to get the pandemic under control," Clyburn told members of the House Select Subcommittee on the Coronavirus Crisis. "There are urgent steps the administration must take to prevent our nation’s economic crisis from becoming a catastrophe."

Capitol Hill is still largely empty with lawmakers out of town on August recess, but according to Republican Senator John Barasso of Wyoming, talks among the Republican Conference and the White House on a so-called "skinny bill" are continuing.

With Democrats and Republicans slated to come back later this month, there are signs that there could be more negotiating to come.