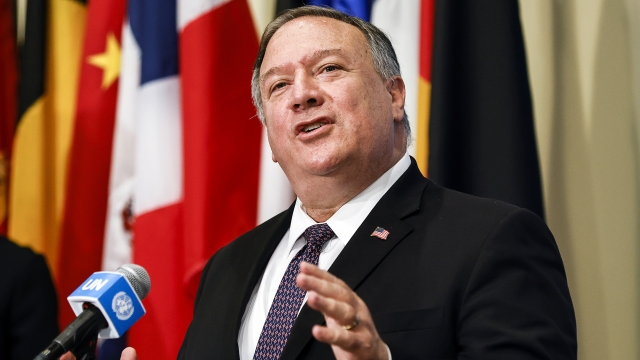 Chairman Eliot Engel of New York announced Thursday that the panel intends to hold Pompeo accountable for refusing to turn over documents in the House impeachment inquiry last fall.

The committee's action follows Democratic calls to investigate the secretary for his decision to speak at this week's Republican National Convention while on a state department trip to Jerusalem.

Representative Joaquin Castro of Texas charged that Pompeo's actions marked an unprecedented and potentially illegal breach of policy for a secretary of state to speak at a partisan political event.

The State Department said no taxpayer funds were used for Pompeo's speech to the convention, which was recorded in Jerusalem during his official travels to the Middle East and North Africa.

Just last month, Pompeo had warned his staff not to improperly engage the State Department in the political process.