US Senators Call On Franken To Resign 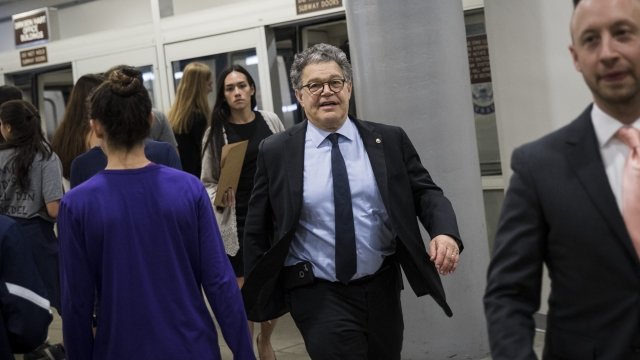 A number of U.S. senators called on Sen. Al Franken to resign after a seventh woman publicly accused him of sexual misconduct Wednesday.

Politico reports Sen. Kirsten Gillibrand was the first to call on her fellow Democrat to step down. She said in a statement, "While Senator Franken is entitled to have the Ethics Committee conclude its review, I believe it would be better for our country if he sent a clear message that any kind of mistreatment of women in our society isn't acceptable by stepping aside to let someone else serve."

Russell Simmons Is Latest To Step Down After Sexual Assault Claims

The accusation comes shortly after another group of women accused Simmons of sexual assault in an extensive Los Angeles Times piece.

Other Democratic lawmakers quickly followed, including Sens. Kamala Harris and Claire McCaskill. Sen. Bob Casey was the first male senator to join their ranks, tweeting, "We can't just believe women when it's convenient."

The calls for Franken to resign come after a seventh woman publicly accused him of sexual misconduct. Franken's office announced the lawmaker will make a statement Thursday.