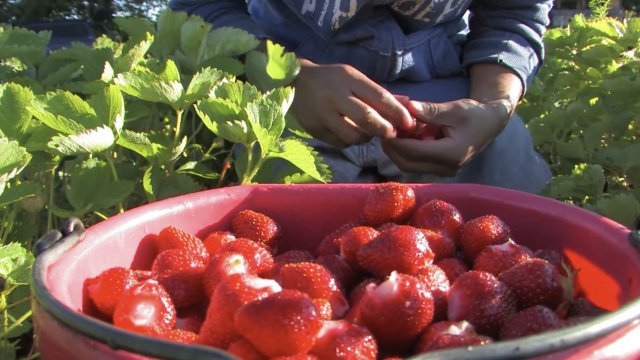 A petition to ban chlorpyrifos was shut down by EPA Administrator Scott Pruitt in March.

It's called chlorpyrifos, and it's widely used on fruits and vegetables. The Obama-era Environmental Protection Agency suggested a ban on the product when it found its residue exceeded "the safety standard under the Federal Food, Drug, and Cosmetic Act."

But Scott Pruitt, the new EPA administrator under President Donald Trump, shut down a petition to ban the chemical in March.

At least five scientists have been reportedly dismissed, even though they were told twice that they'd be kept on for a second term.

Pruitt says evidence about damage chlorpyrifos causes is weak, and the product would be expensive to replace.

The EPA has been restricting the pesticide's use for years. In 2000, it was banned from household ant and cockroach killers.

Environmental groups in California, the state where it's most widely used, have tried to bypass federal decisions and enact a state ban.

And seven states sued the EPA in June in response to Pruitt's decision.

Those efforts are likely to face strong opposition from the Trump administration, which has worked to reverse several other Obama-era environmental regulations.