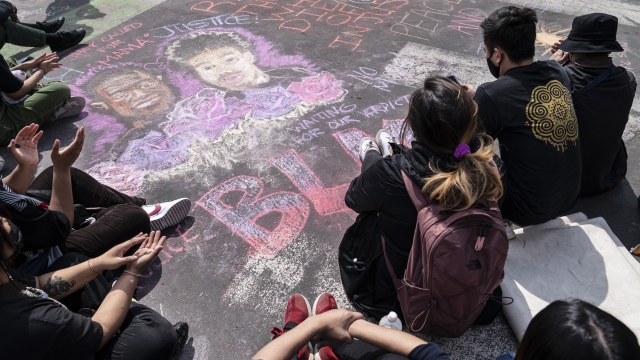 Civil rights attorney Ben Crump says the Derek Chauvin verdict could set a precedent of "making America live up to its promise."

Ahead of closing arguments and a week after the death of Daunte Wright, people rallied at George Floyd Square in Minneapolis. Protesters also gathered outside the governor's mansion in St. Paul.

The lawyer for the families of Floyd and Wright thinks the verdict in the Chauvin case will have a long-lasting impact.

"The outcome that we pray for in Derek Chauvin is for him to be held criminally liable for killing George Floyd because we believe that could be a precedent of finally making America live up to its promise of liberty and justice for all,” said Ben Crump.

Minneapolis is preparing for potential unrest after the verdict is announced.

Thousands of National Guard members are stationed around the city in front of businesses, restaurants and grocery stores. There's fencing, barricades and razor wire around some buildings.

A lot of people there have criticized the show of force. Minnesota's governor has condemned mistreatment of some of guard members and emphasized the danger of the situation after some members were injured during a drive-by shooting early Sunday.