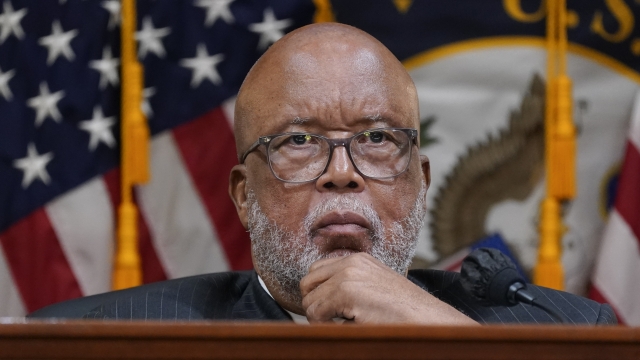 Lawmakers want to probe the inspector general's staff regarding evidence of alleged efforts to cover up the erasure of Secret Service communications.

Top congressional Democrats have requested sit-down interviews and internal documents from the Department of Homeland Security's inspector general as part of a deepening investigation into the agency's handling of now-deleted Secret Service text messages surrounding the Jan. 6 attack on the Capitol.

The leaders of the powerful House Oversight and Homeland Security committees wrote a letter to Inspector General Joseph Cuffari on Monday, detailing the urgent need for interviews with his staff regarding new evidence of alleged efforts to cover up the erasure of Secret Service communications.

"We are writing with grave new concerns over your lack of transparency and independence, which appear to be jeopardizing the integrity of a crucial investigation run by your office," House Oversight Chair Carolyn Maloney and Homeland Security Chairman Bennie Thompson wrote in the letter. They also renewed their calls for Cuffari to recuse himself from investigations of the erased texts.

The committees said it has obtained evidence that shows the inspector general's office first learned of the missing Secret Service text messages, as part of its investigation into the attack on the U.S. Capitol, in May 2021. And that emails between top DHS IG officials show the agency decided to abandon efforts to recover those text messages in July 2021, nearly a year before they first informed Congress they were erased.

"These documents raise troubling new concerns that your office not only failed to notify Congress for more than a year that critical evidence in this investigation was missing, but your senior staff deliberately chose not to pursue that evidence and then appear to have taken steps to cover up these failures," the letter continued.

Cuffari sent a letter to the two committees last month disclosing that Secret Service text messages sent and received around Jan. 6, 2021, were deleted despite requests from Congress and federal investigators that they be preserved.

The deletion of the messages has raised the prospect of lost evidence that could shed further light on then-President Donald Trump’s actions during the insurrection, particularly after testimony about his confrontation with security as he tried to join supporters at the Capitol. Since that July 19 letter, a series of revelations about the Secret Service and DHS's mishandling of those communications have come to light, prompting a congressional probe into the matter.

The letter Monday noted one email, dated July 27, 2021, where Thomas Kait, the deputy IG, wrote to Jim Crumpacker, a senior liaison official at DHS: "Jim, please use this email as a reference to our conversation where I said we no longer request phone records and text messages from the USSS (United States Secret Service) relating to the events on January 6th."

Lawmakers said they want to know why the watchdog officials chose “not to pursue critical information from the Secret Service at this point in this investigation,” and only decided to renew their request to DHS for certain text messages more than four months later, in December 2021.

Lawmakers also revealed Monday that Ken Cuccinelli, who was DHS acting deputy secretary on Jan. 6, was using a personal phone at the time, but the inspector general did not report that fact to Congress. Cuccinelli's texts, along with those of then-acting Secretary Chad Wolf, have also been reportedly erased.

The committees also asked for the agency to make Kait and fellow deputy inspector general Kristen Fredricks available for transcribed interviews no later than Aug. 15.