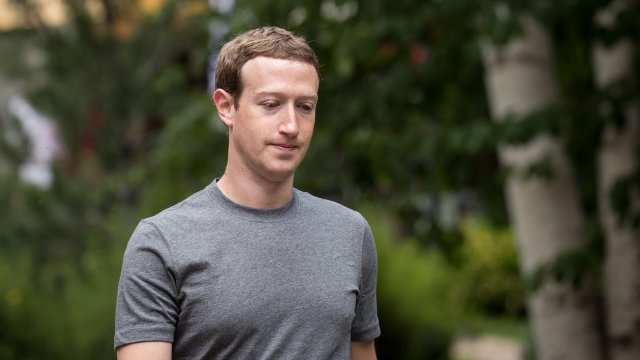 The Cambridge Analytica case is putting crosshairs right on Facebook.

Many in Congress support tech giants, but now lawmakers have Facebook in their crosshairs over how the company handled personal info from tens of millions of users.

It's all thanks to the 2016 election and new reports about Cambridge Analytica, a data firm the Trump campaign hired. The firm is accused of improperly using data gathered from a personality survey taken by around 270,000 Facebook users. Cambridge Analytica apparently accessed the names, "likes" and friends of those people to harvest info from about 50 million Facebook users.

The idea was to use that information to target audiences with digital ads about the 2016 election. Facebook argues the firm's activities aren't a data breach because the info wasn't hacked. But only the people who took the personality survey actually consented to giving up their information.

It's not clear what Congress will do. The heads of the committees who would oversee something like this have been pretty silent about the latest reports. GOP Sens. John Thune and John Kennedy have been the loudest on the right, but Democrats have been the most vocal about wanting to hear from Facebook CEO Mark Zuckerberg.

Members of the U.K. Parliament and U.S. Senate want Mark Zuckerberg to testify on Cambridge Analytica's misuse of user data.

Rep. Adam Schiff, the ranking member on the House intelligence committee, said, "We need to do a great deal more oversight of social media and its role in our society, how these technologies operate, whether privacy protections are in place, how subject they may be to foreign manipulation."

Democratic outrage doesn't mean much unless the Republican majority agrees to set up hearings. But if Dems win back the House this year and with it committee leadership spots, further oversight and investigations into social media could be on the way.

For its part, Facebook hasn't really answered if Zuckerberg would testify in front of Congress. In a statement, the company said: "We respected the privacy settings that people had in place. Privacy and data protections are fundamental to every decision we make."