Department Of Energy Turns 40 With An Uncertain Future Ahead 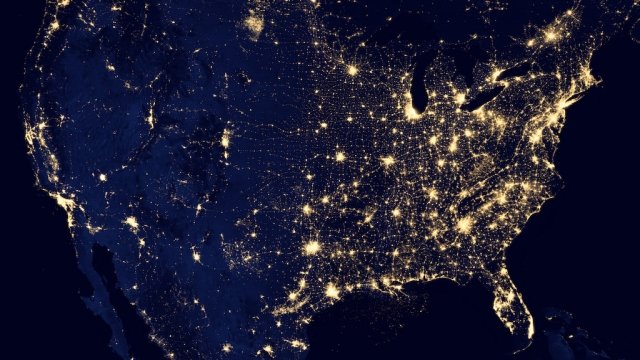 For 40 years, the Department of Energy has led the country's efforts in energy policy to ensure that society stays fueled, powered and charged. But its role goes far beyond that.

Roughly half of the department's annual budget goes toward maintaining and guarding the U.S. nuclear arsenal.

And while the Energy Department's primary function during the Cold War was nuclear weapons research and testing, these days the agency is responsible for cleaning up the remnants. And there's no more nuclear weapons testing, either. Instead, physicists at three of the department's 17 national labs simulate potential explosions.

Only about 21 percent of the agency's budget actually goes toward energy-related functions. These include energy conservation and supply, emergency preparedness and developing clean energy technologies through efforts like the Advanced Research Projects Agency-Energy — the agency's research-grant program.

Department Of Energy Might Stop Talking About Climate Change

A Politico report says one Energy Department official asked his staff not to use phrases related to climate change.

But some of these activities might be slashed under the Trump administration's proposed budget. It would also cut funding to national labs and eliminate a large portion of research related to climate change.

And the agency is currently run by Rick Perry, who once called for the elimination of the department he now chairs. It's also been reported he knew very little about what the Energy Department actually does before accepting the role.

But the agency would see a funding increase for its nuclear arsenal efforts under the proposed budget. So as the department celebrates its 40th anniversary, it's uncertain what's in store for the agency over the next 40 years — or even the next four.