Derecho Devastates Parts Of The Midwest 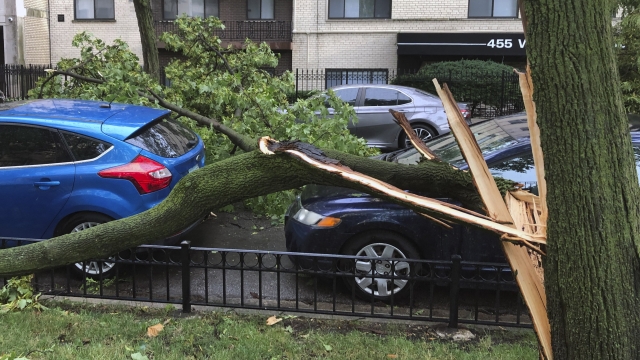 Winds reached as high as 100 mph across parts of Nebraska, Illinois, Iowa and Wisconsin.

Hurricane strength winds tore across the Midwest Monday morning. They damaged property and left over half a million homes without power.

The National Weather Service classified it as a derecho. Winds reached as high as 100 mph across parts of Nebraska, Illinois, Iowa and Wisconsin.

That's the same wind speed as a major hurricane. And it likely caused more widespread damage than a tornado.

A derecho isn't quite the same thing as a hurricane or a tornado. It has no eye, and it doesn't rotate. But its straight-line winds tend to impact larger areas than some powerful storms, and it can hover in one place a lot longer.

Derechoes happen about once a year in the Midwest. One expert from the National Weather Service compared this one to the 2009 Super Derecho, which covered more than 1,000 miles in 24 hours and caused $500 million in damage.