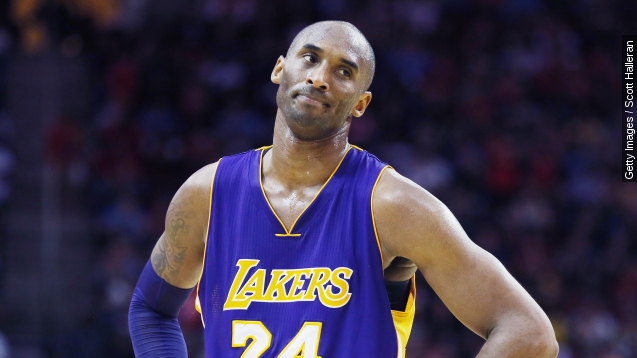 NBA superstar Kobe Bryant has had a rough year. His stats are at career lows and his Lakers are firmly at the bottom of the Western Conference. But he can still win at one thing: All-Star fan votes.

With less than a month left to vote, Bryant is well ahead of his competition with close to 720,000 votes. He’s even dominating reigning MVP and human highlight reel Stephen Curry, who’s received just 510,000. (Video via Foot Locker)

It’s not surprising that fans want to see one of the best basketball players of all time get one final All-Star appearance during his farewell season. But it’s still somewhat odd to see a player who’s struggled all season set to receive an honor usually reserved for the NBA’s best.

Bryant is going into his Christmas match-up with the Clippers shooting a career low 34 percent, 10 points under his career average. He’s also well below his usual rates of assists, rebounds and 3-point accuracy.

He’s also averaging 17 points a game. A solid amount, but it only ranks him 36th in the NBA, just ahead of Danilo Gallinari. Not exactly All-Star material. But even with his struggles, he’s getting plenty of support. (Video via Nike)

NBA Commissioner Adam Silver said Bryant deserved one last All-Star appearance, and the fans evidently agree. Bryant himself said it would “be great to play in it. If I'm not in it, I'm not going to beat myself up over that either."

And while he’s not having a stellar season, he wouldn't be the worst player to start an All-Star Game. (Video via Lakers Nation)

Chicago Bulls guard B.J. Armstrong was voted a starter by the fans in 1994 while averaging just 14 points and two rebounds a game.