Despite Extension, The EU Is Unhappy With Trump's Tariff Exemptions 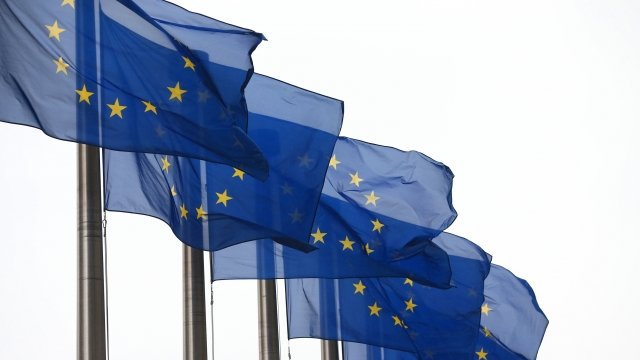 In a statement, the European Commission said member countries should be "fully and permanently exempted" from the tariffs.

The European Union is still unhappy even though President Donald Trump announced he'll hold off on imposing steel and aluminum tariffs on key U.S. allies.

The European Commission said in a statement Tuesday: "The U.S. decision prolongs market uncertainty, which is already affecting business decisions. The EU should be fully and permanently exempted from these measures, as they cannot be justified on the grounds of national security."

Those temporary exemptions were originally set to expire May 1, but on Monday, Trump pushed back that deadline to give the countries more time to negotiate a permanent deal with the U.S.

The EU, Mexico and Canada now have until June 1 to negotiate with the U.S. over the tariffs.