A Detained Immigrant Is Suing ICE For Blocking His DACA Renewal 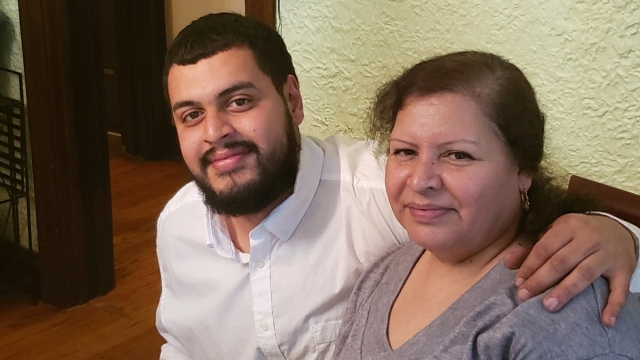 A new lawsuit exclusively shared with Newsy alleges that ICE is preventing thousands of eligible detainees from seeking release to reapply for DACA.

"Once they told me they had a call from immigration, I was like 'whoa,' like a big, big change in my life, I couldn't believe it was immigration just for a simple possession of marijuana."

Jesus Lopez Alberto Gutierrez has been detained by ICE for almost seven months and is at risk of being deported, despite being technically eligible to renew his DACA status. That’s the Obama-era program that shields from deportation nearly 700,000 immigrants who came to the U.S. at a young age. In a new lawsuit exclusively shared with Newsy, Gutierrez alleges that ICE is "illegally" preventing him and "thousands of other DACA recipients" in detention to "seek release to reapply for the program." Gutierrez talked to his brother and Newsy from his detention center in Iowa.

"If I qualify for DACA, why shouldn't they give me a chance?" Gutierrez said.

Gutierrez was a passenger in a car pulled over for speeding in Iowa in May. He and his friends were arrested for possession of marijuana for personal use, but the charges were quickly dropped. Yet, unlike his friends who were released after a few hours, Gutierrez was transferred to ICE custody. His DACA status was expired at the time of the arrest.

"I was with three of my friends and they were like 'What? How is he being treated differently? It happened the same thing to us. We all have the same charge.' Not having a U.S. citizenship makes up a whole lot of difference, they treat you differently with the laws."

ICE says on its website that detainees who appear to meet the DACA requirements "may be released on an alternative form of supervision" to be allowed to pursue renewals. But Gutierrez’s lawyers say the channels to reapply for DACA from detention have been all but dismantled. And that, they argue, violates the nationwide injunction requiring the government to maintain the DACA program "under established terms and conditions."

An ICE spokesperson told Newsy that the agency "does not comment on pending litigation," but stressed that "DACA does not confer legal status upon an individual and may be terminated at any time."

Gutierrez moved to Chicago from Mexico with his family 15 years ago when he was 9. He has long overstayed his visa by remaining in the U.S., which is why the government is trying to deport him. But if he’s able to to renew his DACA status, he could avoid deportation.

"I don't think the chances are too high, but there's still a chance to be released in the United States," Gutierrez said.