Deutsche Bank Does Not Have President Trump's Tax Returns 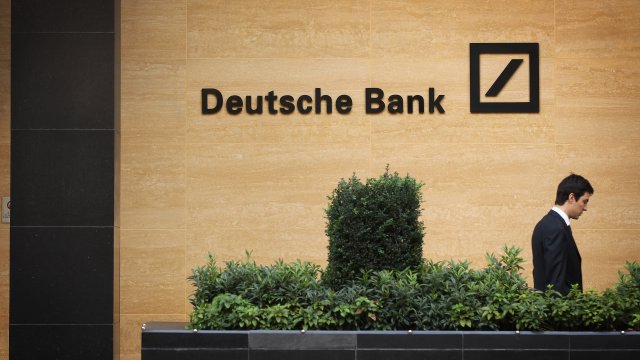 Back in August, the bank told a federal appeals court it had some tax returns lawmakers were seeking. But it didn't publicly disclose whose they were.

Deutsche Bank does not have any copies of President Donald Trump's tax returns, according to a federal appeals court.

The House committees on Intelligence and Financial Services each issued subpoenas to the president's longtime lender in mid-April. They're looking for records related to President Trump, his three oldest children, the Trump Organization and other business entities the family owns.

The 2nd U.S. Circuit Court of Appeals is currently considering the president's request to stop Deutsche Bank from turning over any financial records to the House committees.

Back in August, the court asked Deutsche Bank to reveal if it even possessed any tax returns sought by lawmakers. The bank said yes. But while it told Deutsche Bank exactly whose tax returns it possesses, that information was redacted in the public record in accordance with privacy laws.

That redaction prompted multiple media organizations to sue to get Deutsche Bank's letter to the court unsealed.

The judge denied their request Thursday. He noted that since Deutsche Bank doesn't have the president's tax returns, then the identities of the two taxpayers it does have papers for "is not relevant" to the case being decided.