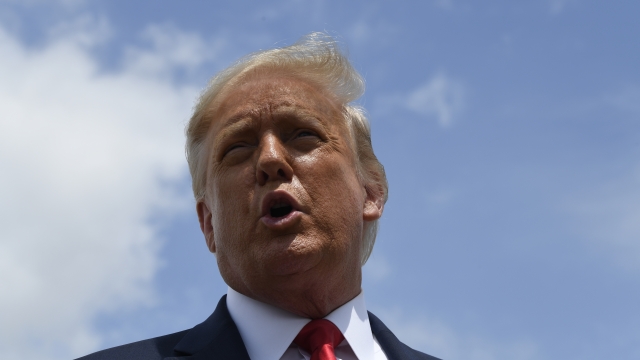 The report says the subpoena sent to Deutsche Bank signals the criminal investigation is wider-ranging than originally thought.

A New York Times story out Wednesday says the subpoena sent to Deutsche Bank signals the criminal investigation is wider-ranging than originally thought.

Vance said reports were circulating of "possible criminal activity" within the Trump Organization. In the filings, Vance said the president wasn't entitled to know the exact nature of the grand jury probe.

The president told reporters Monday the subpoenas were part of a Democratic "witch hunt." Last month, the Supreme Court rejected claims by the president's lawyers that he couldn't be criminally investigated while he held office.