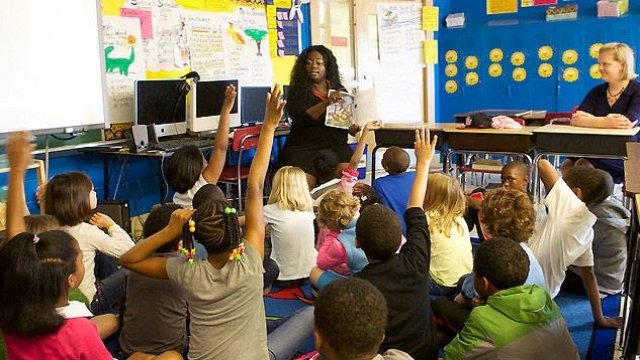 Advocacy groups don't know the full impact of the changes yet, but some are already concerned.

In a reported effort to eliminate "superfluous" regulations, the Education Department rescinded 72 guidance documents outlining the rights of students with disabilities.

The Office of Special Education and Rehabilitative Services said the documents were rescinded because they were "outdated, unnecessary, or ineffective."

These documents include guidance and directives on tech-oriented vocational programs, independent living services and "free appropriate public education" for students with disabilities.

The Washington Post reports that advocates don't know yet the full impact of the changes, but some are already concerned.

Technically speaking, these regulations are still enforced. But without the guidance for those protections, it may become harder for schools and parents to work with them.

According to estimates by the U.S. Census Bureau, more than 40 million Americans lived with a disability in 2016. This includes people with cognitive difficulties, as well as difficulty walking, hearing or seeing.