DHS, HHS Trying To Reunite Parents And Kids Separated At The Border 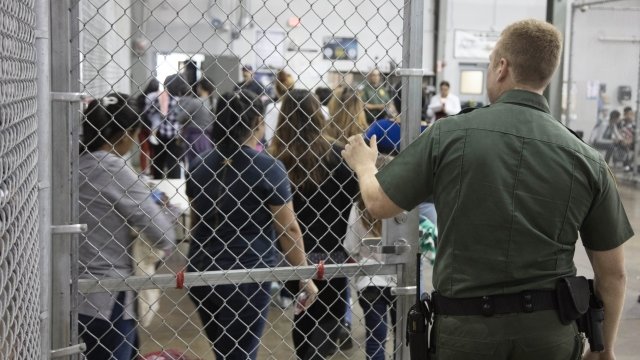 Earlier this week, DHS officials said at least 2,300 kids were separated from their family members under the "zero-tolerance" immigration policy.

The Trump administration is reportedly doing what it can to quickly reunite parents and children separated at the border.

Earlier this week, DHS officials told reporters at least 2,300 kids were separated from their family members under the administration's "zero-tolerance" policy. When that happens, the parents usually stay in the custody of the Department of Homeland Security, and custody of the children is typically transferred to the Department of Health and Human Services within 72 hours.

According to Politico, HHS created a task force to help connect children in the department's custody with their parents.

DHS said it's already reunited 500 kids since May. An agency source told CBS News it would reunite most of the kids in U.S. Customs and Border Protection custody with their parents by the end of the day Friday.