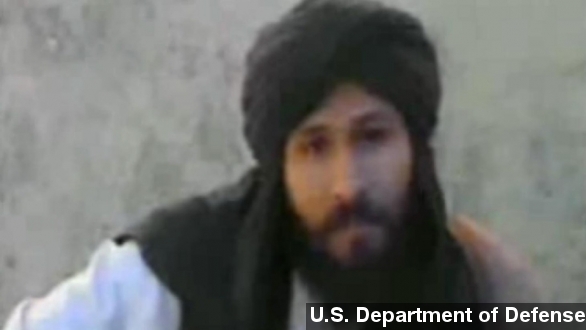 Al Jazeera has published the diaries of a Guantanamo detainee once believed to be the third ranking member of Al-Qaeda.

Abu Zubaydah was captured by the U.S. in 2002 while fleeing the collapse of the Taliban's regime in Afghanistan. He's been detained at Guantanamo Bay ever since. (Via Daily Mail)

Al Jazeera has obtained six diaries written by Zubaydah from 1990 to days before his capture. The news outlet says these documents "cast fresh light on Zubaydah and provide a fuller picture of the official U.S. accounts of the campaign against Al-Qaeda and related organizations."

Zubaydah is one of Guantanamo Bay's highest-profile detainees, and intelligence officials have often cited his diaries as evidence against other prisoners in the war on terror.

During a 2006 speech, former President George W. Bush described Zubaydah as "a senior terrorist leader and a trusted associate of Osama bin Laden." Bush added Zubaydah had helped identify the mastermind behind the 9/11 attacks. (Via The New York Times)

But his portrayal as a top Taliban official might have been slightly overinflated. The Independent says U.S. officials downgraded Zubaydah's importance after realizing he was more of a secretary for the Taliban than a high-ranking plotter.

Zubaydah is also known as one of the first Guantanamo detainees to be subjected to the CIA's controversial "enhanced interrogation" practices often labeled torture. Wired notes Zubaydah was "waterboarded 83 times in one month."

As of Saturday, Al Jazeera has only published the first part of Zubaydah's six diaries. Since his detention, Zubaydah has reportedly written three more volumes discussing his treatment by the CIA.