Did Lamar Odom Admit To Cheating In Shirtless Rap Video? 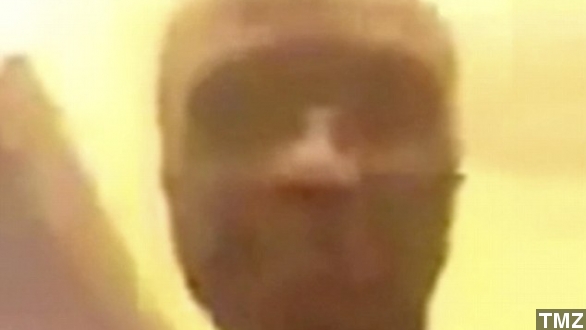 A bizarre video has surfaced showing a seemingly drunk Lamar Odom rapping shirtless. In it, he claims to have cheated on his wife, Khloe Kardashian.

Lamar Odom. Just as we thought he was maybe, possibly getting his stuff together — there's, well, this.

JAMIE SANGOUTHAI: "We ran through their cribs."

ODOM: "I'm still on a chase, and I'm far from my [unintelligible]."

TMZ: "And extremely hard to understand." (Via TMZ)

TMZ claims the video of shirtless rapping Lamar and his longtime friend Jamie Sangouthai was shot this month. You might remember Jamie from his appearances on E!'s "Khloe and Lamar."

SANGOUTHAI: "Who do you like out of his friends?"

KARDASHIAN: "Do I dislike like you? No. Do I think you're a very selfish friend sometimes? 100 percent." (Via E!)

The video surfaced Friday, and most of it is completely inaudible. Amidst rumors of his reported drug issues, the headlines are that he was not sober during this video. (Via Daily Mail, The Hollywood Gossip)

Saturday TMZ reported that according to friends of Odom, Odom said he was drunk — not high — in the video. Because that makes all the difference.

So, you know, with the whole Internet thing and countless outlets featuring the blurry video, Hollywood Life reports Khloe saw it. Shocker.

And a source exclusively told the outlet, "She's not surprised by it, but she feels it's another blow to her. It's a slap in the face. ... All she ever wanted was a marriage and normal life with Lamar."

Khloe is currently promoting Kardashian Kollection in London, Dubai and Australia, and as said by Lamar himself, there's no telling what he's up to while wifey is away. (Via Sears)

But it is reported he's still training in Rhode Island for a potential NBA comeback with the Clippers. (Via USA Today)

No direct comment from Lamar Odom or Khloe Kardashian on the video.