Did Melania Trump Actually Plagiarize Part Of Her 'Be Best' Campaign? 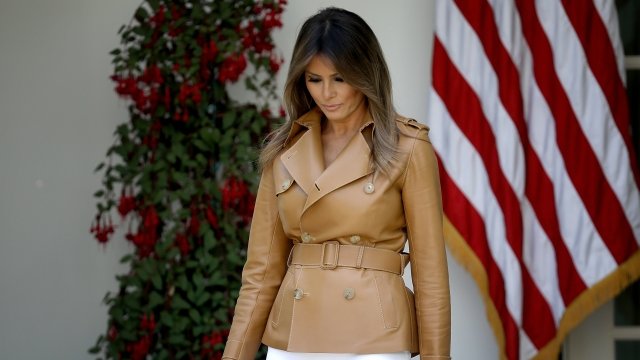 Critics say Melania Trump plagiarized a pamphlet released by the Federal Trade Commission. But the White House originally gave credit to the FTC.

Some people think parts of first lady Melania Trump's "Be Best" initiative aren't entirely her own.

Critics are taking issue with a pamphlet about children's online habits that the White House released as part of her initiative, saying it looks eerily similar to one released by the Federal Trade Commission in 2014.

But the White House always credited the FTC for the pamphlet. Initially it gave the FTC dual writing credit with the first lady, but it later changed the wording on its website to say Melania Trump was promoting the materials.

A Trump administration official told The Guardian the wording had been changed in order to clear up any confusion.

Melania Trump has been accused of plagiarism before. Parts of an address she gave at the Republican National Convention in 2016 seemed to be lifted from a 2008 speech by Michelle Obama.

A staff writer for The Trump Organization took responsibility, saying Trump had read some quotes from Obama's speech to her as inspiration and the writer just included them in the 2016 speech without double-checking.