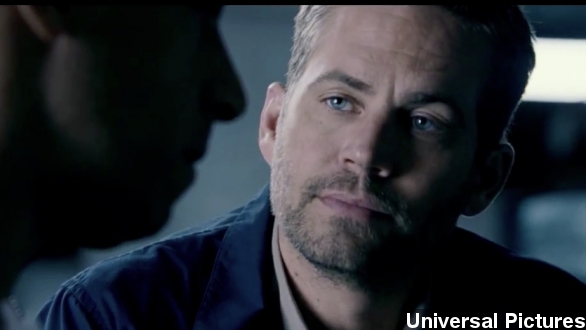 A sergeant with the LA County Sheriff's Department raised the possibility Monday Walker was the passenger in a street race, but a witness denies

Police in California raised the possibility Monday morning Walker was in the passenger seat during a drag race. (Via Empire Magazine)

The fiery crash Saturday that killed Walker happened as he and a friend left a charity event in Santa Clarita. Police believe the friend was driving. (Via KABC)

Sgt. Richard Cohen said, ​"Naturally, from an investigative standpoint, we need to find out if that is one of the issues."

Even if street racing is ruled out, investigators say they're also looking into the possibility that another car veered in front of the Porsche, causing the crash. Police have said speed was a factor.

But a car enthusiast at the charity event Walker left strongly denied that in an interview with both CNN and Hollywood Life.

Jim Torp said, “They were only driving for like five to six minutes when the car crashed, they didn’t have enough time to be racing. Plus there were two highway patrol officers on site because there were so many high performance cars at the event.”

Walker was working on the seventh "Fast and Furious" movie at the time of his death. He leaves behind a 15-year-old daughter.