Disney To Become A Mega Hollywood Powerhouse With Fox Acquisition 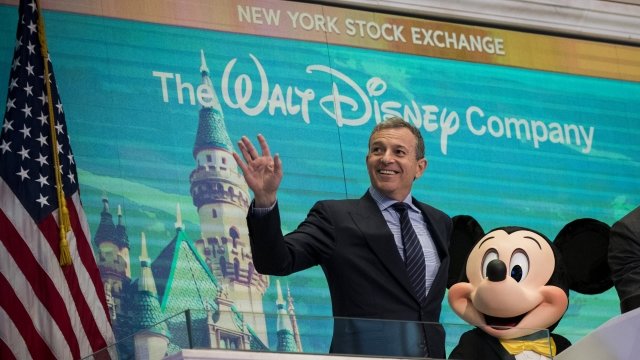 It's now official: The Walt Disney Co. agreed to acquire a majority of 21st Century Fox for more than $52 billion.

It's now official: The Walt Disney Co. agreed to acquire a major part of 21st Century Fox for more than $52 billion.

The deal will extend Disney's footprint in pretty much every area of entertainment.

Here's how the acquisition breaks down: First, Disney is combining with Fox's film and television studios. On the movie side, this means Disney will have the rights to Marvel properties like "X-Men," "Fantastic Four" and "Deadpool." Outside of comic book franchises, Fox films like "Hidden Figures" and "Avatar," as well as Avatar's four upcoming sequels, will also fall under the Disney banner.

As for TV, Disney will get series produced and distributed by Fox like "This Is Us," "The Simpsons," "Modern Family" and "The Americans."

Getting Fox's stake in Hulu means Disney will now have a controlling 60 percent interest in the company. There's no word yet on if that will affect the House of Mouse's plans for its own streaming service.

There are some parts of Fox the Disney deal does not cover, such as the Fox News Channel, local Fox stations and the Fox broadcast network. Disney announced those assets will be separated into a new company that will be spun off to Fox's shareholders.

Multiple outlets report it could take as long as 18 months to gain all the necessary approvals for the acquisition.