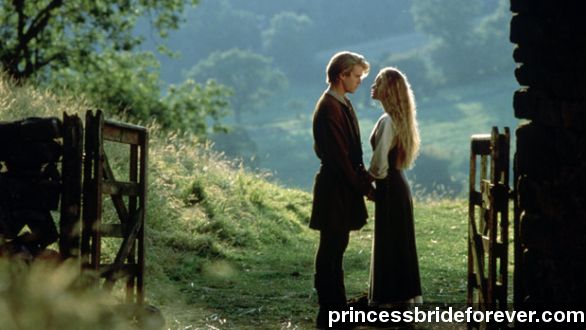 The 1987 adapted screenplay left a legacy of legendary lines and became a quotable classic.

If Hollywood won't stop rebooting the '80s, why shouldn't Broadway give it a try, too? The latest news has Disney bringing "The Princess Bride" to the stage.

The 1987 adapted screenplay had an all-star cast, though many of them weren't stars yet. And it left a legacy of lines that might've been forgettable then — but not after it grew into a cult classic. (Via 20th Century Fox / "The Princess Bride")

MANDY PATINKIN: "The one that everyone is very, very familiar with is: 'Hello, my name is Inigo Montoya. You killed my father. Prepare to die.' That's the popular one." (Via CBS)

CHRIS SARANDON: "When the movie came out, it wasn't a huge, huge hit. They couldn't quite figure out how to market it. They didn't really know what they had." (Via ABC)

Well, it's — one of the popular ones. There's "inconceivable," there's "Have fun storming the castle," there's "Anybody want a peanut?" There's — a movie here that's stood the test of time — as a movie. But it's had a less-than-fairy-tale ending at this stage before.

"'The Princess Bride: The Musical' was in development a few years ago back in 2007, but canceled due to financial problems. Aww, bring it to Broadway. Come on." (Via News 12 Long Island)

"As you wish," says Disney. No word on whether this will be a musical or a play, though. A writer for Variety says "The Princess Bride" has "long seemed a natural candidate for a large-scale stage version, given its highly recognizable title and a fanciful storyline."

According to the Los Angeles Times, Disney Theatrical has seen success with stage adaptations of "The Lion King" and Beauty and the Beast" — but not so much with "The Little Mermaid" and "Tarzan."

The new project will reunite the team of Walt Disney Studios CEO Alan Horn — who worked on the movie and screenwriter William Goldman — who wrote the 1973 book. No premiere date has been announced. (Via Broadway.com)