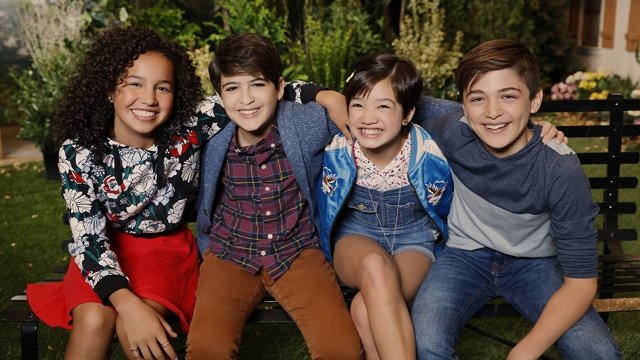 In a first for the Disney Channel, a main character on its hit TV show "Andi Mack" will realize he's gay in the upcoming second season.

In a first for the Disney Channel, a main character on its hit TV show "Andi Mack" will realize he's gay in the upcoming second season.

The series has always been a progressive one for the network. It centers around a 13-year-old girl named Andi who learned in the first season her big sister is actually her mom.

"Bex is my mother, and my mother is my grandmother!"

Multiple outlets report that during season two, Cyrus, one of Andi's best friends, will discover he has feelings for another boy and will eventually come out to his friends.

A network spokesperson said in a statement, "Everyone involved in the show takes great care in ensuring that it's appropriate for all audiences and sends a powerful message about inclusion and respect for humanity."

The Hollywood Reporter says Disney Channel screened the "Andi Mack" season two premiere early for LGBTQ groups like GLAAD. It and another group praised the storyline.

Dr. Jaime Grant, PFLAG's national executive director, said: "Coming out requires honest self reflection, no small amount of bravery, and a safe place with at least one trusted person — a friend, a parent a teacher — who can hold your confidence ... and your heart. ANDI MACK's creative team captures this moment of revelation with such thought, care, and authenticity; it will be a memory moment for some, and a teachable moment for many."

The network featured gay characters in an episode of "Good Luck Charlie" in 2014.

In "Andi Mack," not only is Cyrus a main character, but also his storyline will reportedly cover multiple episodes.