Disney Is Banking On The Marvel Cinematic Universe(s) 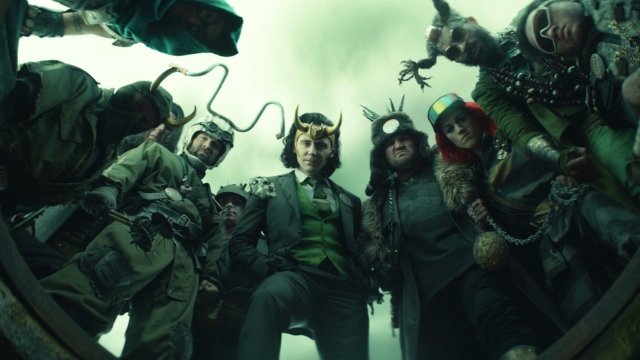 The twists and turns of "Loki" and "What If...?" expand the entirety of the Marvel Cinematic Universe.

Comic book fans and sci-fi nerds have always known the concept of the "multiverse" — the idea of infinite timelines and alternate universes.

That’s why we could have four theatrical Spider-Man reboots in the past two decades. And how Hollywood can consolidate brands, grow franchises and keep making money ... indefinitely.

Marvel Studios' "Loki" premiered earlier this summer on Disney+, centering on the God of Mischief’s adventures through time and space. Only six episodes long, the series' twists and turns expanded the entirety of the Marvel Cinematic Universe, allowing Disney to continue growing its $8.7 billion box-office darling.

Michael Waldron, creator of "Loki": "The expansion of the multiverse is exciting, you know, in the same way that it was exciting when the Marvel movies went to space, you know, with Asgard and the first Avengers and 'Guardians of the Galaxy' and everything."

“Loki” creator and head writer Michael Waldron knows his way around the multiverse. Before Marvel, he worked as a writer on the hit sci-fi animated series “Rick and Morty.”

Waldron: “’Rick and Morty’ does a great job of introducing maybe fairly complex sci-fi concepts and getting them across to the audience and then hopefully always shifting them to background, because what's important is the emotional story.”

Waldron: “That's the key that just no matter how far out you expand, you remember that what's important is just holding on to that humanity.”

The first season of “Loki” was praised by critics and fans, and it quickly became one of the most in-demand titles on streaming. That critical success is important, because “Loki” also functions as a bridge to the rest of the franchise — it’s the series that establishes the new multiverse “rules” and entices viewers to stick around for the long haul.

Competing with Marvel’s multiverse strategy is its long-time adversary DC, which just released “The Suicide Squad” based on villains from the Justice League.

Marvel’s “What If...?” is next on the studio’s docket. Premiering Wednesday, the series continues the multiverse narrative and flexes Disney’s unrivaled ability to build upon years of existing stories, characters and, now, a near infinite amount of superhero universes.  Have fun keeping it all straight!