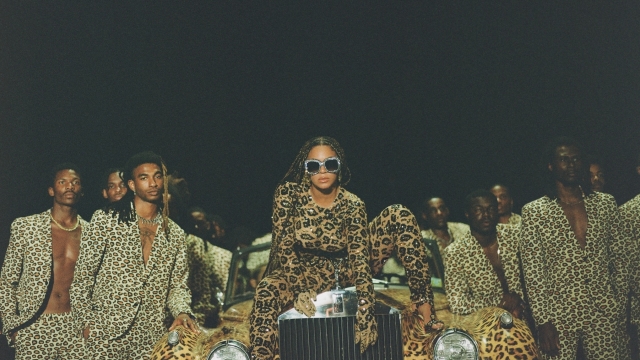 ​"Black Is King" is said to be a reimagining of "The Lion King's" lessons for Black families, and a celebration of Black art and history.

Beyoncé just released "Black Is King" for all the quarantined "Bey Hives" all over the world — but instead of listening to the album on Spotify or Tidal, you'll have to head to Disney+ to stream it.

So, why Disney+? The project is tied to the 2019 "Lion King" remake, which also starred Beyoncé. Released one year later, "Black Is King" is said to be a modern reimagining of the story's lessons for Black families, as well as a celebration of Black art and history.

Variety describes it as "pushing the boundaries of what many have come to expect from the Disney machine," which also saw major success this month following the highly anticipated release of "Hamilton."

"Black is King" follows strong precedents from the award-winning artist for visual albums and streaming. Beyoncé's "Lemonade" garnered four Emmy nominations, a Grammy nomination and a Peabody Award, and her Netflix original film "Homecoming" was nominated for six Emmys and won the Grammy for Best Music Film.