Disney Is The Undisputed King Of The 2016 Box Office 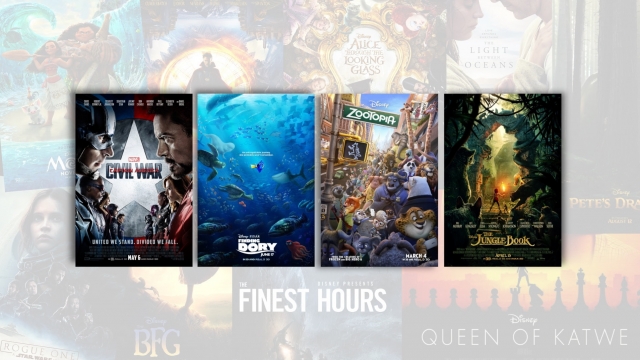 The studio had the year's four highest-grossing movies worldwide.

There's no disputing it: Disney was the king of the 2016 box office.

Of the 13 films it will release by the end of this year, four have already skyrocketed to the top of 2016's highest-grossing films worldwide list.

Like "The Jungle Book." The live-action/CGI remake of the 1967 animated tale made more than $966 million.

The third-highest grossing film of the year was "Zootopia." It's box office haul of more than $1 billion made this animated movie the second biggest original flick to ever be released.

The 13-year wait for "Finding Dory" turned out to be well worth it. The Pixar sequel just slightly edged out "Zootopia" in worldwide ticket sales. It's also now the highest grossing animated movie of all time domestically.

But it was Marvel's superheroes battling each other in "Captain America: Civil War" that captured the top spot at this year's box office, earning more than $1.1 billion worldwide.

And there's still one last Disney film to be released this year that's expected to do pretty darn well: "Rogue One: A Star Wars Story."

Released around the same time last year, it's predecessor "Star Wars: The Force Awakens" earned $1.09 billion worldwide in the roughly two weeks it was in theaters in 2015.