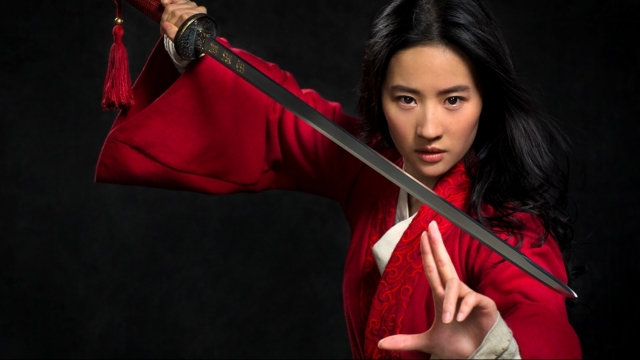 "Mulan" opened in theaters in China this past weekend. But it didn't make the splash Disney was hoping for.

Jay Strubberg: "Disney's live action "Mulan" opened in theaters in China this past weekend. Newsy's Katherine Biek joins us now. Katherine, "Mulan" didn't make the splash Disney was hoping for in China. Why is that?"

Katherine Biek: "Well, the film has really been getting bad reviews in China, and one major criticism is that mishandles Chinese culture. Children over there are actually taught the original legend of Mulan at a very young age. So it's incredible, incredibly obvious to Chinese audiences, where filmmakers made changes to the original story. And many film critics also believe that Disney did not do enough research into Chinese history and instead tried to blend what little they knew with the more traditional Disney fairy tale trope, which is a super interesting criticism because Disney really tried to cater to China when it came to this film. "

Jay Strubberg: "Disney is also facing controversy over one of the movie's filming locations. Why has the studio not issued an apology? And can you just explain this?"

Katherine Biek: "Well, I can't say definitively. But one reason could be that Disney does not want to anger China. China gave Disney approval to film a few shots in that specific province where officials are accused of committing human rights abuses against Uighur Muslims. And it's standard practice to acknowledge any government that allows the studio to film in its country in the movies credits. On top of that, the Chinese government has a lot of control over what films get played in the country, and it's actually blacklisted films before over actions taken by studios. This happened to Disney with its animated "Mulan" film. China refused to allow the movie to be screened for almost a year in 1998 because it was upset over a previous movie Disney had made about the Dalai Lama. So by the time the animated movie hit theaters, pirated copies were widely available and very few people actually went to theaters to see it, Jay."

Jay Strubberg: "Yeah, and this region in question where the Uighurs are detained -- just to remind our viewers -- they have been compared to concentration camps. So this is serious alleged mistreatment of these people. Newsy's Katherine Biek. Thanks, Katherine."