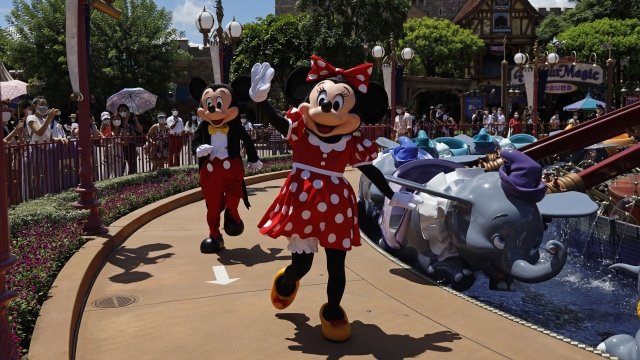 Hong Kong's leader ordered amusement parks to temporarily shut down over a recent spike in COVID-19 cases in the region.

The gates of Hong Kong Disneyland are once again closed to guests Wednesday.

That's because there's been a recent spike in coronavirus cases in the region. The uptick in new cases caused Hong Kong leader Carrie Lam to order 12 types of businesses — including gyms, nightclubs and amusement parks — to shut down for at least a week.

Hong Kong Disneyland had only been open for less than a month. It first reopened back on June 18 after being shut down for nearly five months over the pandemic. Disney said its nearby resort hotels will remain open during this latest temporary closure, but only with "adjusted levels of service."

But Disney is moving full steam ahead with phased reopenings of its other theme parks around the world. Disneyland Paris reopened Wednesday, along with EPCOT and Disney's Hollywood Studios in Orlando, Florida.

Under new safety measures, those parks are requiring masks, checking temperatures and operating at a fraction of their normal guest capacity.