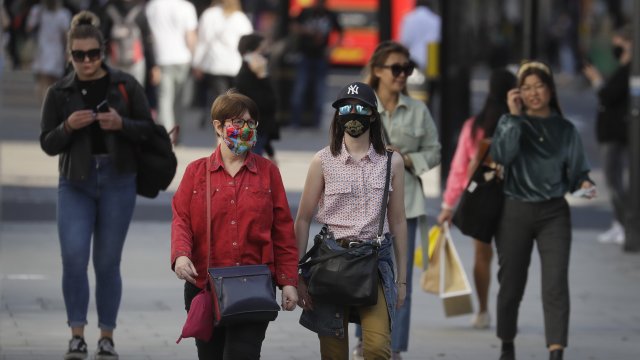 In the U.K., coronavirus numbers are doubling every seven days as British prime minister gets set to announce new restrictions.

There's a disturbing rise in the number of COVID cases across parts of Europe.

The most urgent situation might be in the U.K. The nation's medical officers raised the COVID alert to the highest possible level today. They say the virus is now in general circulation and transmission is high. British Prime Minister Boris Johnson is expected to announce new restrictions tomorrow. The number of new COVID cases is doubling every seven days in the U.K.

The situation across Europe is getting worse, too. Spain has a new crisis brewing in Madrid. The Czech Republic just replaced its health minister, as cases there rise. French authorities are opening new testing centers in Paris because there have been long lines and delays. There are even new restrictions on crowd sizes in the Norwegian capital of Oslo tonight. Those restrictions of no more than ten people apply even to private homes. Similar restrictions were just announced in Munich, Germany.