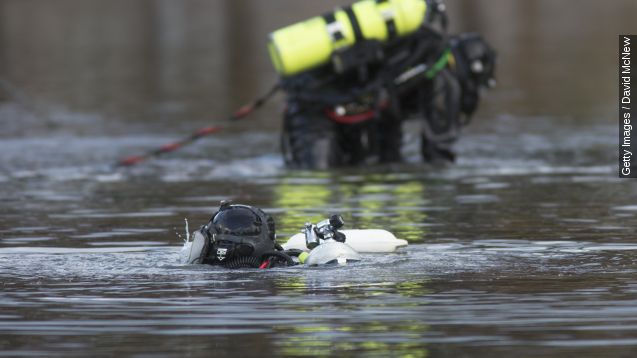 Investigators have suspended their search of a lake near the site of the San Bernardino shooting.

A dive team looking for evidence in a lake near the site of the San Bernardino shooting massacre wrapped up its search late Saturday.

Federal agents scoured the lake's floor after receiving a tip that the couple responsible for the shooting might have dumped evidence there. CNN reports agents were likely hoping to find the couple's missing computer hard drive. (Video via KABC)

Items were recovered from the lake Friday but authorities have not said publicly what they were.

According to the Los Angeles Times, other digital equipment found in the couple's home has led investigators to believe the pair were planning an even larger attack.