DNC Chair Talked Smack, Then Emails Were Leaked, And Now She's Out 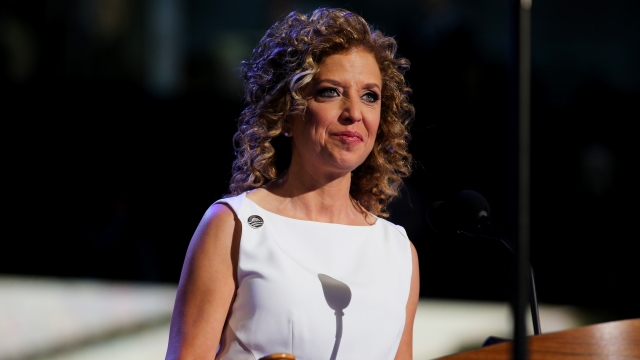 On Sunday, the Democratic National Committee said Debbie Wasserman Schultz will resign as its head.

Just a week after talking smack about the Republican National Convention, the Democrats are having their own problems.

Former Congressman Barney Frank who is the co-chairman of the Rules Committee told Politico Wasserman Schultz "was never going to be the convention chairwoman." Instead, Congresswoman Marcia Fudge would hold that role.

The news comes after nearly 20,000 emails between DNC staffers were released by WikiLeaks. Some emails appear to show the DNC tried to undercut Hillary Clinton's primary opponent, Sen. Bernie Sanders. One email from a staffer suggested the DNC question Sanders' faith.

Sanders has called for Wasserman Schultz to step down for months, saying the DNC didn't treat the campaigns fairly. He renewed the call on Sunday.

"She should resign, period," Sanders told ABC's "This Week."

And Sanders got his wish. On Sunday, the DNC announced Wasserman Schultz will resign as its head, effective after the 2016 convention.