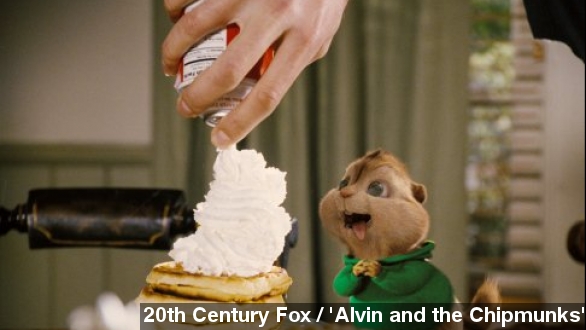 A new study shows some of the most popular children's movies promote both unhealthy habits and weight-related stigmas.

A new study shows a lot of those movies your kids adore might actually be sending mixed messages about obesity, healthy eating and weight stigmas.

The study found the movies often showed characters playing video games, watching TV and eating unhealthy food. But on the other hand, the characters in films were often picked on because of their weight. (Via Nature World News)

The study's lead author said, "These children's movies offer a discordant presentation about food, exercise and weight status, glamorizing unhealthy eating and sedentary behavior yet condemning obesity itself." (Via EurekAlert!)

Each movie was selected based on obesity prevention recommendations by the American Academy of Pediatrics. So let's break down the results a little further.

"Look at you, this fat butt, flabby arms and this ridiculous belly." (Via Paramount Pictures / "Kung Fu Panda")

According to the results, there was a 2:1 ratio of unhealthy depictions outnumbering healthy. The study was done by researchers at the University of North Carolina at Chapel Hill.