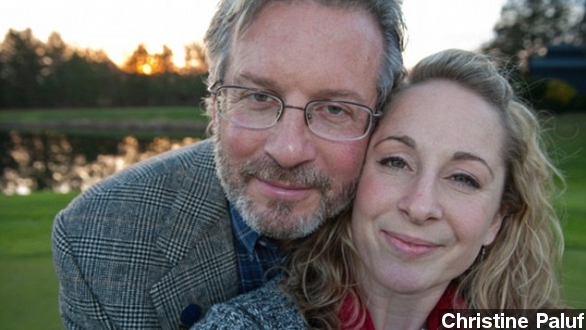 Dr. William Petit, whose wife and two daughters were brutally killed in a home invasion is having a new baby boy.

You likely remember that terrible story of Dr. William Petit's family — his wife and two daughters were brutally killed in a home invasion in 2007. But now, he's a father again.

Dr. Petit and his wife Christine welcomed a baby boy named William into the world Saturday. Dr. Petit spoke on his excitement about having a child months ago when he announced his wife was expecting. (Via Hollywood Life)

"Children are the hope for the future so it's something that most people are really wanting to have, have an experience teach them how to enjoy life."

Dr. Petit and his family were the victims of an awful home invasion in Connecticut in 2007. His wife and two daughters were tortured and killed. Dr. Petit was also severely injured but managed to escape with his life. (Via ABC)

Since his family's death Petit has created a charity dedicated to, "do as many good actions as possible to counteract the evil that truly exists in the world today" (Via Petit Family Foundation)

Dr. Petit and his wife Christine celebrated their first wedding anniversary August 12th of this year.