Step Away From The Screen: Doctors Release New Media Rules For Kids 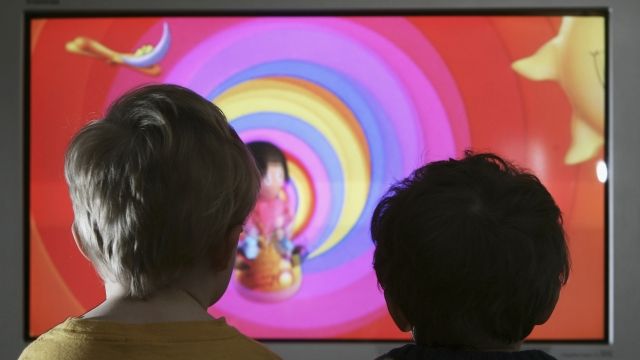 The guidelines recommend that children of all ages limit the time they spend in front of the TV and other devices.

Kids, step away from the screens.

According to new guidelines released this week, children of all ages should limit how much time they spend in front of the TV, iPad and other digital media.

The American Academy of Pediatrics, or AAP, had recommended kids over the age of 2 spend no more than two hours watching TV, but its new rules vary by age group.

As the AAP put it, "Because of their immature symbolic, memory, and attentional skills, infants and toddlers cannot learn from traditional digital media as they do from interactions with caregivers."

The guidelines say children can be safely introduced to screens between ages 2 and 5.

But parents should limit them to one hour a day of "high-quality" programs, like "Sesame Street."

By the time kids reach age 6 and older, it's up to adults to limit that screen time. Still, the AAP recommends prioritizing productivity over TV and videogames.

CNN quotes one expert who says: "What's most important is that parents be their child's 'media mentor.' That means teaching them how to use it as a tool to create, connect and learn."

To read more about the AAP's media guidelines for children, visit the organization's website.