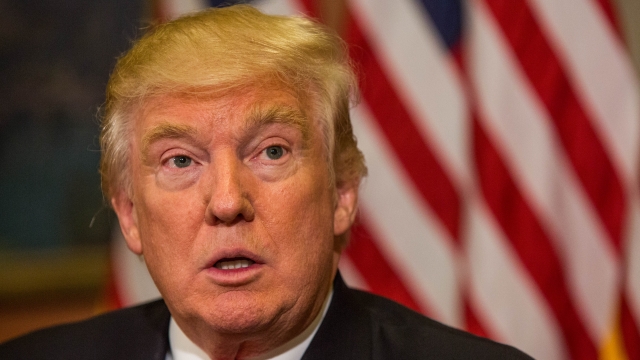 They say that money can't buy happiness — but apparently, it can buy some pretty fancy stuff for Donald Trump's presidential inauguration.

According to a brochure obtained by The Center for Public Integrity, Trump's inaugural committee is offering some big perks in exchange for big donations.

For example, anyone who contributes a million dollars or more will receive tickets to a slew of inauguration week events, including a "candlelight dinner" with special appearances by the president and vice president-elect and their wives.

Now if you actually want to eat dinner with Mike Pence, the top package includes an "intimate" dining experience with him and his wife.

And, of course, you'll get VIP access to the inaugural ball, concert, parade and victory reception, among other exclusive benefits.

But if you don't have an extra million dollars, fear not. Underwriters who donate between $500,000 and $25,000 can still score tickets to some of the events above, depending on the price they're willing to pay.

Trump's inaugural committee reportedly wants to raise between $65 million and $75 million to fund the inauguration festivities. But taxpayers will still foot a good portion of the bill for items like security and the actual swearing-in ceremony.

Still, that fundraising goal is a lot more than President Barack Obama's total in 2013. He scraped together about $43 million when it was all said and done.

Trump's inaugural committee has confirmed the details of these perks but also said they could change before the event.