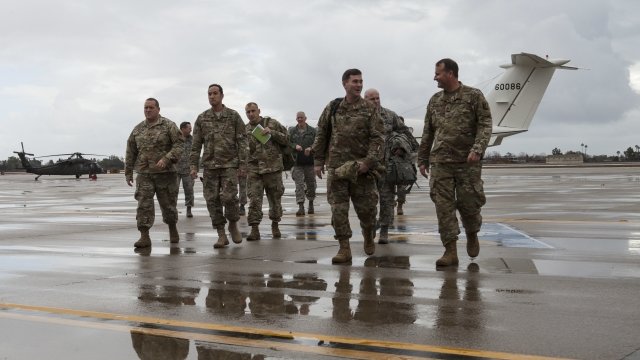 California's governor agreed to send troops to the border, but the Trump administration says the state isn't complying with its initial request.

The Trump administration says California isn't complying with its initial request to send National Guard troops to the border.

National Guard troops are under the control of their state's governor, and governors don't necessarily have to comply with presidential proclamations.

A judge ruled in February the Trump administration could bypass certain laws in order to speed up wall construction.

California Gov. Jerry Brown agreed to send some troops last week but said none will be "enforcing federal immigration laws."

But a spokesman for the California National Guard told The Associated Press "state officials have not rejected anything." He said the federal government has yet to reply to the state's proposal of a formal agreement outlining the mission's scope.