Does Ambassador-To-Be Max Baucus Have Any Link To China? 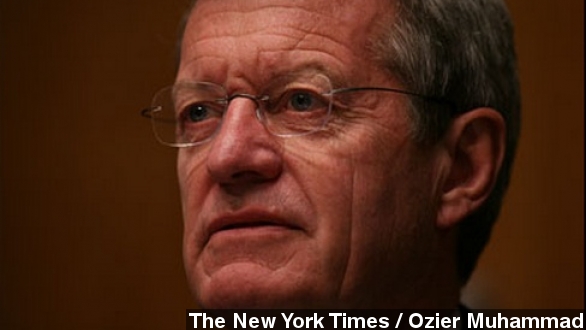 The senator's lack of foreign policy chops has left pundits wondering why the White House tapped him for the key diplomatic post.

​The U.S. has a new diplomat to fill perhaps its most important foreign post. And the pick was surprising to say the least.

Several reports say the senior U.S. Senator from Montana, Max Baucus will be the next U.S. ambassador to China. The veteran lawmaker heads the finance committee in the upper chamber. (Via CNN)

And although he’s made several trips to China, like this one in 2010, he has no real foreign policy chops. Leaving pundits guessing as to why the White House wants him in the key diplomatic role. (Via YouTube / ProjectWETFoundation)

Granted, Baucus does know trade. And China is, of course, a valuable — perhaps the most valuable — trading partner for the U.S.

And he has spoken out on trade with China at least once before. Way back in 1994, he asked the Clinton administration to stop threatening to drop China’s trade benefits. (Via The New York Times)

Still, Baucus doesn’t have any of the obvious draws the last two U.S. ambassadors to China brought to the role.

Before him, there was former Utah governor Jon Huntsman — fluent in Mandarin and a former missionary worker in Taiwan. (Via The White House / Pete Souza)

Both of these diplomats had drawn some ill will from China’s political class for being outspoken on issues of pollution and human rights.

The longtime lawmaker Baucus is less likely to make headlines. But that might be exactly what the Obama administration wants from its next ambassador — especially as military and security issues in the Pacific have led to ever-rising tensions between the U.S. and China. (Via CBS, Al Jazeera)

Over at Foreign Policy, Isaac Stone Fish writes Baucus is probably less likely than Locke or Huntsman to get in the way of efforts from the White House regarding China. The writer also pulled a few interesting posts from China’s version of Twitter, Sina Weibo —

— where Chinese netizens seemed particularly concerned with Baucus’ age. At 72, he’s two years older than the mandatory retirement age for Chinese politicians. One said, "Why don't they let him rest? What will they do if he keels over?"