Does Every Pop Song Really Sound The Same? 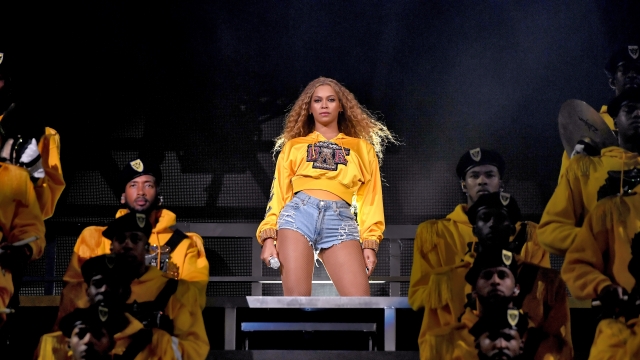 Every song is meticulously constructed. So why do they sound so similar?

So you know how to strum a guitar, got a catchy tune and scratched out some lyrics. It feels like a pop hit. All you need now is an hour in a recording studio, right?

Wrong. Here is the typical recording process these days, involving lots of layers, lots of specialists, lots of digital devices. When you see the work flow, it’s really no wonder you hear so many complaints about every song sounding the exact same.

The process often starts with a producer, who keys in on a beat or a riff. This is the way the 2018 hit "The Middle" started, as documented by the New York Times. Now comes a songwriter who roughs in some lyrics over the beat. The producer and songwriter choose the catchiest parts — the hooks.

After a lot of trial and error, the producer and songwriter record a demo — often with the songwriter singing the vocals.

The demo — a rough cut, maybe with only the hooks — is shopped around to recording artists. For "The Middle," this stage involved 14 possibilities as producers looked for just the right voice.

Then everything comes together in the last phase: The artist records the final vocals; sound engineers work their magic; a three-minute radio version is cut if the song has profanity or is too long; the artist’s label distributes the song. If you think it feels like a building-block operation, you're not alone.

Technology writer Nicholas Carr puts it this way: "The manufacture of pop songs has been so thoroughly industrialized that it makes the old Motown 'hit factory' look like a sewing circle."

Then you have the factors of pop music falling into homogeneity the more popular it becomes. All songs running 3 minutes. A universal whooping sound that suddenly popped up and digital beat keepers (called "the click") which forces recordings into uniformity.

But a New York Times writer pushes back on getting too snobby about modern hit making. He says these songs are "meticulously constructed, deeply collaborative and often inventive, squeezing multiple moods and genres into a three-minute package that can somehow feel universal." That's not easy.

Neither is distinguishing one song from another, but every generation’s been saying that since the rise of radio.