Does Iran Have Room To Criticize Saudi Arabia On Executions? 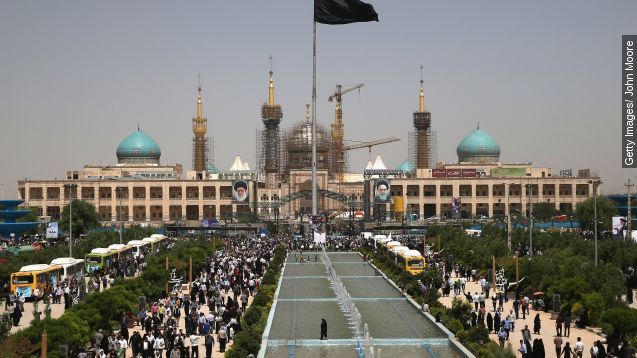 Iran is outraged over Saudia Arabia's recent execution of a leading Shia cleric, despite its own equally controversial record of death sentences.

Saudi Arabia is executing people at its highest rate in decades.

According to Amnesty International, the country put to death at least 151 people between January and November 2015. In 2014, there were 90 executions.

But it's the recent execution of a leading Shia cleric that's gotten the attention of Saudi Arabia's rival, Iran, and prompted the perhaps the worst crisis between the two countries in years.

Given all the outrage, it's worth remembering Iran's own record of executions.

In 2014, it carried out more death sentences than any other country in the Middle East. Globally, it's second only to China.

And those are just 2014's numbers. In the first half of 2015, Amnesty International recorded nearly 700 executions in Iran. A majority of those were for drug-related crimes.

Still, Saudi Arabia and Iran are at odds with the rest of the world when it comes to executions.

One hundred forty countries have abolished the death penalty officially or in practice.