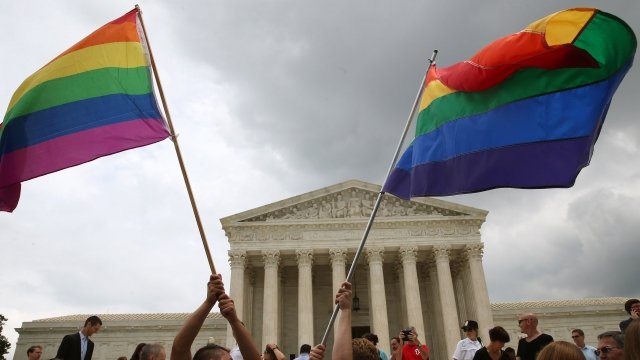 After lower courts sided with the same-sex couple whom a Colorado baker refused to serve, the case is headed to the U.S. Supreme Court.

The Trump administration is siding with the Colorado baker who refused to make a wedding cake for a same-sex couple.

The Justice Department filed a brief on behalf of baker Jack Phillips. The government said Phillips' cakes are a form of expression and said he shouldn't be forced to use that expression for something against his "sincerely held religious beliefs."

The U.S. Supreme Court is set to hear the case in its next term, which starts in October.

In 2012 Phillips, the owner of Masterpiece Cakeshop, wouldn't make a wedding cake for a same-sex couple and cited his religious beliefs. The couple filed a discrimination complaint.

The law bars public businesses from denying service based on things like race, disability, sex and sexual orientation.

Phillips appealed the decision to the Supreme Court, arguing his choice should be protected under the First Amendment.

The amicus brief filed by the DOJ comes after the Trump administration announced a ban on transgender people serving in the military.

A deputy legal director with the American Civil Liberties Union called the brief shocking. She said, "What the Trump Administration is advocating for is nothing short of a constitutional right to discriminate."