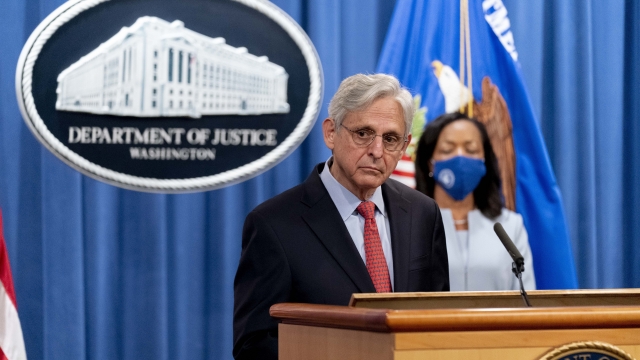 Examining use of force, potential discrimination and the police treatment of protesters and those experiencing homelessness.

he Justice Department is launching a widespread probe into the police force in Phoenix to examine whether officers have been using excessive force and abusing people experiencing homelessness.

Attorney General Merrick Garland said the probe will also examine whether police have engaged in discriminatory policing practices and will work to determine if officers have retaliated against people engaged in protected First Amendment activities.

Phoenix Mayor Kate Gallego, a Democrat, hailed the Justice Department investigation and said it will help with ongoing police reform measures she has been pushing since taking office in 2019.

The city has implemented a new program to respond to mental health calls by placing behavioral health professionals in the field. The city also has a new office of police accountability that is charged with independently investigating allegations of wrongdoing by officers.

That office may be hamstrung, however, by a new state law signed by Republican Gov. Doug Ducey that limits civilian review boards like the one Phoenix has set up.

Part of the investigation will also examine whether police officers have been violating the rights of people who are experiencing homelessness by “seizing and disposing of their belongings in a manner that violates the Constitution,” Garland said.

The new investigation is known as a “pattern or practice” — examining whether there is a pattern or practice of unconstitutional or unlawful policing — and is generally is a sweeping review of the entire police department.

Assistant Attorney General Kristen Clarke said investigators will meet with police officers and supervisors, review body camera video, along with training materials and other records. She said the Justice Department spoke with Phoenix city officials and they had expressed support for the probe.

"Our pattern or practice investigations have been successful at identifying not only whether systemic misconduct is occurring but also its root causes, so that those root causes can ultimately be fixed," Clarke said.

Earlier this year, the Justice Department announced it was opening similar investigations into police forces in Minneapolis and Louisville, Kentucky.