Pelosi Says Barr Lied to Congress, But DOJ Says He Did Nothing Wrong 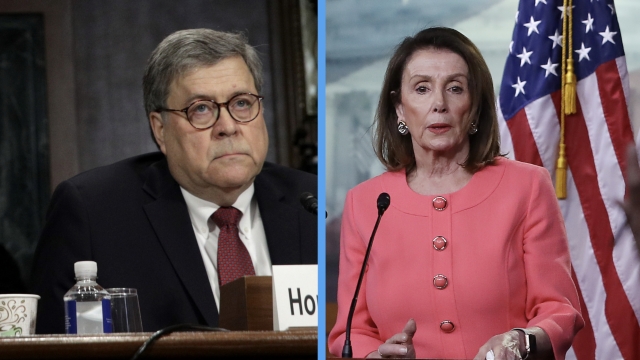 The perjury accusation stems from the attorney general's testimony before the House Appropriations Committee on April 9.

Barr testified before the Senate Judiciary Committee about the Mueller report on Wednesday. The perjury accusation stems from his testimony before the House Appropriations Committee on April 9.

"Reports have emerged recently, General, that members of the special counsel's team are frustrated at some level with the limited information included in your March 24 letter, that it does not adequately or accurately necessarily portray the report's findings. Do you know what they're referencing with that?" Rep. Charlie Crist asked.

"No, I don't. I think, I think ... I suspect they probably wanted more put out," Barr answered.

But Barr's answer failed to mention a letter he'd received from special counsel Robert Mueller. That letter criticized the four-page summary, saying it "did not fully capture the context, nature and substance" of the full report.

On Wednesday, Barr stood by his answer to the House Appropriations Committee. His defense rested on the specific wording of the question.

"I answered a question, and the question was relating to unidentified members who were expressing frustration over the accuracy relating to findings. I don't know what that refers to at all. I talked directly to Bob Mueller, not members of his team," Barr said.

The Department of Justice pushed back, saying "Speaker Pelosi’s baseless attack on the Attorney General is reckless, irresponsible, and false."