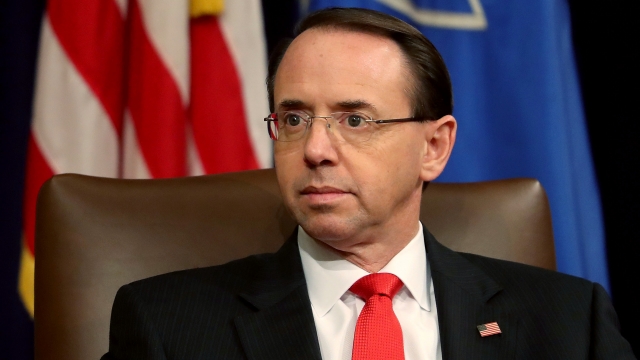 The messages between former FBI employees Peter Strzok and Lisa Page in 2016 were critical of then-candidate Donald Trump.

The release of the messages led to Strzok being removed from the FBI. Page had already stopped working there. They have both sued the DOJ for alleged violation of the Privacy Act, which protects information gathered by the government about individuals.

In his declaration, Rosenstein gave three reasons why he believes the release didn't violate the Privacy Act. First, the messages were sent on government phones, and Strzok and Page were aware they were subject to FBI review.

Second, Rosenstein said the messages "were so inappropriate and intertwined with their FBI work that they raised concerns" about political bias getting in the way of official duties.

Third, he said they didn't contain information that'd be too personal to release publicly.

He also said the documents would have become public the next day anyway because they were being sent to Congress.

Page responded to Rosenstein's declaration on Twitter Saturday, "All I can say is this: I very much look forward to Rod's deposition."