Domino's Founder Built His Own Catholic Community In Florida 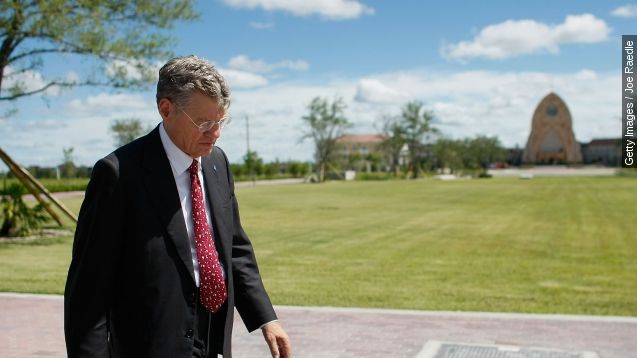 Domino's founder Tom Monaghan built Ave Maria in Florida based on his Catholic values, but some say he might have too much control.

When Domino's founder Tom Monaghan sold his enormous pizza business, he wanted to do more with his money than just play golf.

In 2007, Monaghan opened Ave Maria, Florida, a planned community centered on his own Catholic values.

The town boasts a beautiful golf course, scenic views and a massive church in the middle of town. But some are raising concerns that the town is dominated by Monaghan's ideology. The American Civil Liberties Union accused Monaghan of trying to exercise governmental authority over the town.

While planning Ave Maria, which translates to Hail Mary in Latin, Monaghan said: "We will be able to control what goes on there. You won't be able to buy a Playboy. … If you go to the drug store and you want to buy the pill or the condoms or contraception, you won't be able to get that in Ave Maria Town."

And when Ave Maria was established by state law in 2004, the law gave landowners authority in the town instead of leaving it up to a democracy.

So Monaghan and the real estate company that initially owned the land hold a huge amount of influence over the town and everything in it. And Monaghan's ideals are pervasive in daily life there.

For example, while there are no specific laws against it, the town's only OB-GYN reportedly won't prescribe contraception to women.

But that hasn't stopped people from moving to Ave Maria. The town of less than 800 homes reportedly added almost 300 new residences in 2015 alone.