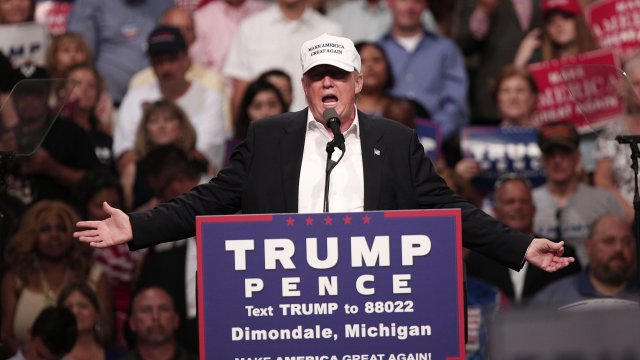 During a criminal justice forum, the president took a victory lap for passing the First Step Act and made his pitch to black voters.

Last year, President Trump signed the First Step Act into law — arguably the largest criminal justice reform since the 1994 Crime Bill. Today, during a criminal justice forum the president took a victory lap for passing that legislation, jabbed at his democratic opponents and doubled down on controversial comments from the 2016 campaign trail.

The Presidential Forum is taking place at Benedict College, a historically black college in Columbia, South Carolina. President Trump's visit is coming just days after he was roundly criticized for comparing Congress' impeachment probe to a lynching.

But the president of Benedict College defended the decision to bring President Trump to campus, saying: "Changes in law and policy are made by leaders on both sides of the aisle. No political party owns the African American experience."

On Saturday and Sunday, 10 of the 2020 Democratic presidential candidates are expected to speak at the 2020 forum, including Joe Biden, Elizabeth Warren and Bernie Sanders.