Trump's State Department Has Quite A Few Positions Left To Fill 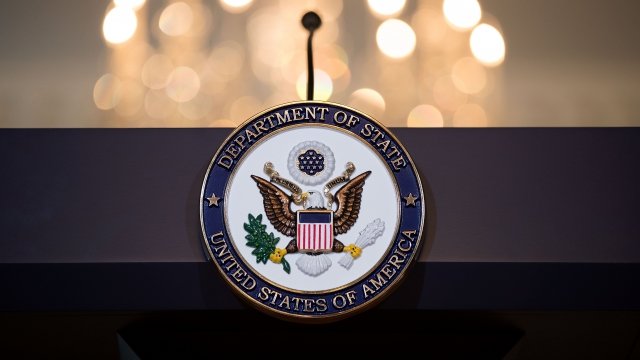 Ambassadors are the face of the United States abroad. They're vital in building relations with the governments and people of other nations.

That's why it matters that President Donald Trump's State Department is hollowed out and largely vacant.

For instance, in his first nine months, Trump has nominated only around 55 ambassadors — far fewer than President Barack Obama by the end of October in his first year (79) or even President George W. Bush by that time in his first (95).

Out of those 55 nominations, only 25 have been confirmed. That leaves a total of 70 empty posts throughout the world. Some of those vacancies are with major allies, like Australia and South Korea.

Part of the reason for this is Trump's administration made the unusual move to demand that all of Obama's politically appointed ambassadors leave their posts on Day One.

And critical posts career diplomats usually hold, like those in Egypt and Turkey, still need to be filled. That matters when it comes to maintaining alliances.

Looming over all of this is Trump's Secretary of State Rex Tillerson, who has been overhauling the State Department, running it on what some reports say is essentially a "skeleton crew."

Tillerson denies speculation that he's intentionally hollowing out the department. But low morale has been widely reported, and budget cuts and unfilled positions are a reality.

All this leaves the U.S. without an official point-person in many countries — and with fewer resources to deal diplomatically with geopolitical crises.