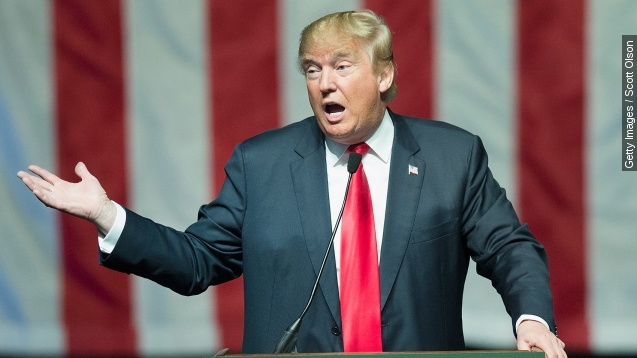 Donald Trump is taking fire for his recent comments about Hillary Clinton.

Well, another day, another bombastic comment from Donald Trump. This time, we have nouns turning into verbs and slang terms for male genitalia.

"She was favored to win, and she got schlonged. She lost. She lost," Trump said.

Trump is describing how his Democratic rival Hilary Clinton lost the primary for the 2008 election to President Obama. (Video via Hillary for America)

And in case you were wondering, "schlong" is a slang term for penis.

This comes after Trump's camp shouted down claims from Clinton that his comments about Muslims have been used in an ISIS recruitment video. Clinton hasn't provided any evidence to back up her statement, and fact-checkers have said it's "false." (Video via Donald J. Trump for President, Inc.)

That could be why Trump is going after Clinton now. He also took a few jabs at her brief absence from the recent Democratic debate due to a bathroom break.

"I know where she went. It's disgusting. I don't want to talk about it. It's too disgusting," Trump said.

Trump hasn't apologized for his comments or further clarified what they meant.